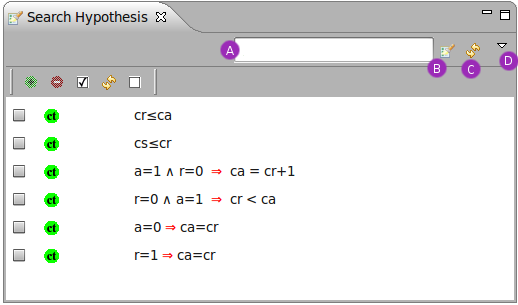 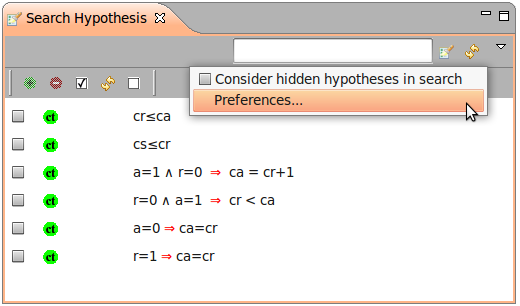 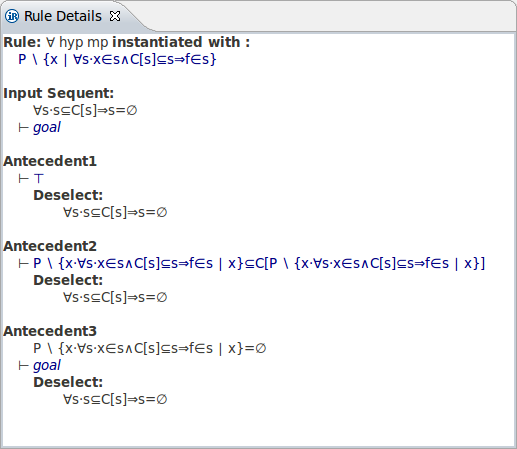 Post-tactic is also a combination (i.e. ordered list) of rewrite, inference and external provers, and is applied automatically after each interactive proof step. However, it can also be invoked manually by clicking on the

Note that the post-tactic can be disabled quickly by clicking on the little arrow (marked with an A on the figure below) of the Proof Control view (right upper corner) and then on "Disable post-tactic" (B):

Preferences for the selected auto and post tactic profile

The auto-tactic and post tactic activation can be configured by means of a preference page which can be found as follows: Click on "Window" in the top toolbar; in the drop-down menu select "Preferences". Expand the "Event-B" option from the list; then "Sequent Prover", and finally select "Auto-Tactic". The following window is displayed: