See also the associated talk page for discussion about this topic.

Rodin is currently a stand-alone tool. Attempts to use it in a team environment by simply putting a code repository underneath it (e.g. Subversion) failed, as this makes handling of conflicts awkward at best. It was decided to take a step back and to first figure out what is needed in the first place, before deciding on how to solve the problem.

(S-1) Only one person at a time works on an Event-B Project
While it is important not to corrupt data through concurrent edits, in this scenario it is sufficient if access for editing is granted only one user at a time.

(S-3) A History of changes on an Event-B Project is maintained and accessible
In this scenario, the users don't care much about the team aspect, but require access to a change history.

Requirements for all Scenarios

(R-1) If a change in the machine or context has an impact on proofs, the proofs are either updated or invalidated.

(R-2) The impact of editing on the rest of the system shall be as small as possible.
This could mean, for instance that if we change an invariant, that not the whole prooftree of a proof is invalidated, but only a subtree.

Proposal for a solution

Here is the picture of a technical solution relying on subversion, a textual representation of models, the two-way translator between Rodin XML files and text files (part of a text editor), and an extension of the Rodin POG where proofs for POs are stored in individual XML files. 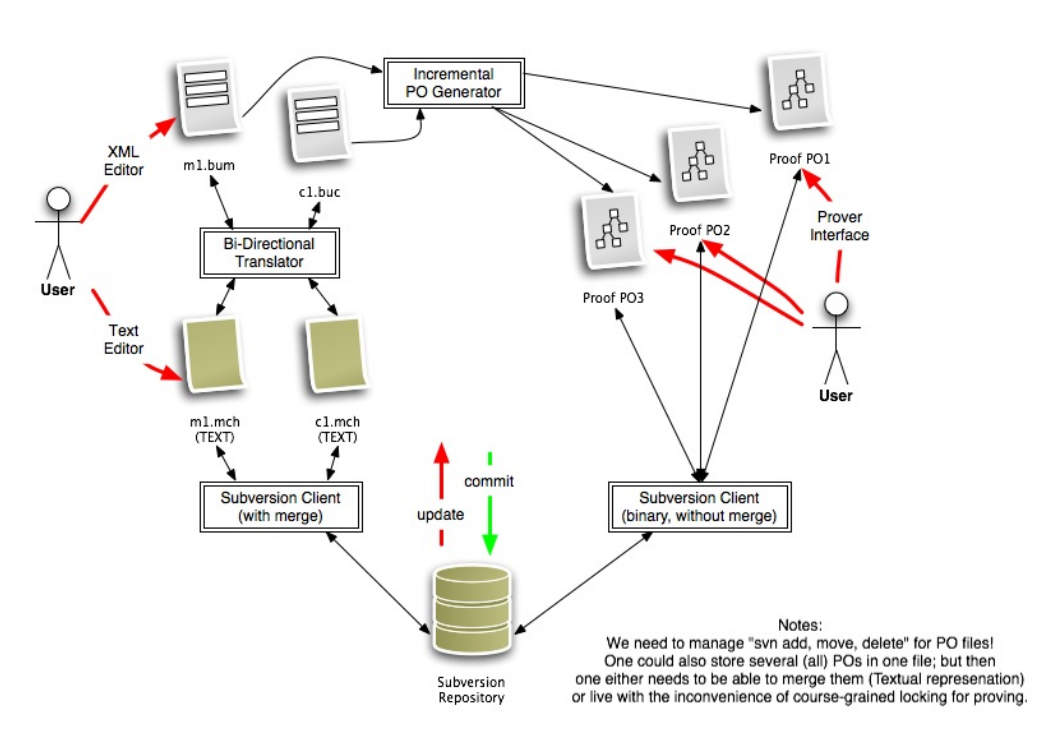