. Each line is composed of two fields:

For example {a, b, de, g} declares 4 new identifiers (a, b, de, g) that could be used to set constant value

A constant value is given by a B expression. A value declared in a set value could be used.

To start an animation, select a machine in "Project explorer" or in "Obligation Explorer" then click right and select "Animate" action. Then "new animation wizard" is open. 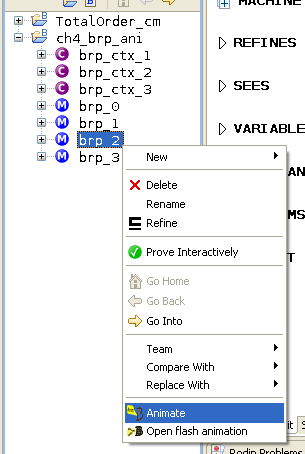 The "Run AnimB" wizard allows to start an animation of a event-b model. The wizard is composed of two field:

Note: If you choose a name already used for an open animation, then you will obtain a second editor but the two editors will display the same animation.

and you run the wizard under the "brp_2" model. The following picture display the settings to run a animation called "brp_name". The animation will execute the two following model.

You can use this feature to animate one model. 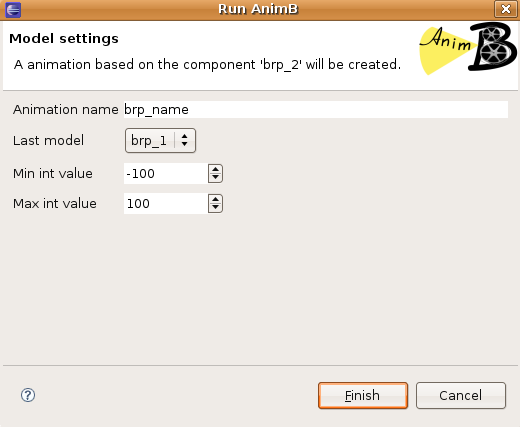 The following screenshot describes the animation editor for an animation of the models brp_3 and brp_2 which refer the contexts brp_ctx3, brp_ctx_2 and brp_ctx_1 : 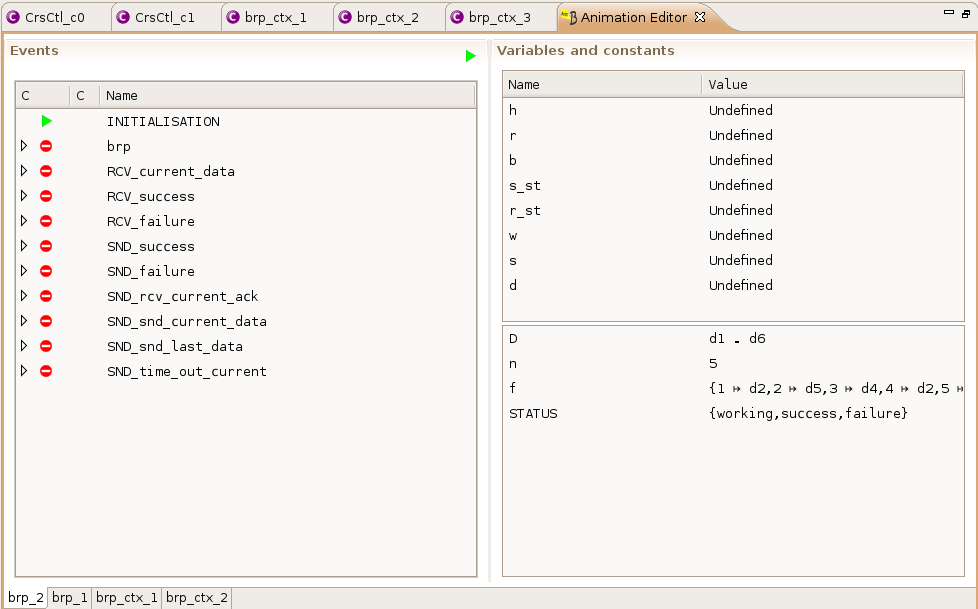 The model page is split in two parts:

The state of an event guard is described by the following icons:

Each animated machines and its contexts are described in a specific tab. The following screenshot describes a context tab. 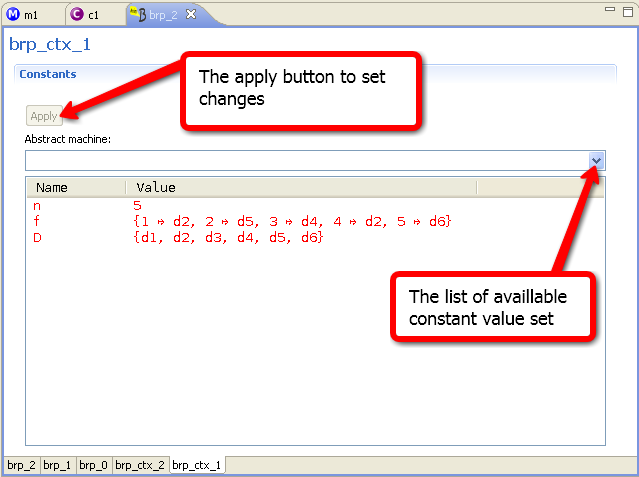 The variable table or constant table describes the state of a machine or context.

The variables change by the last event execution are typeset in red. 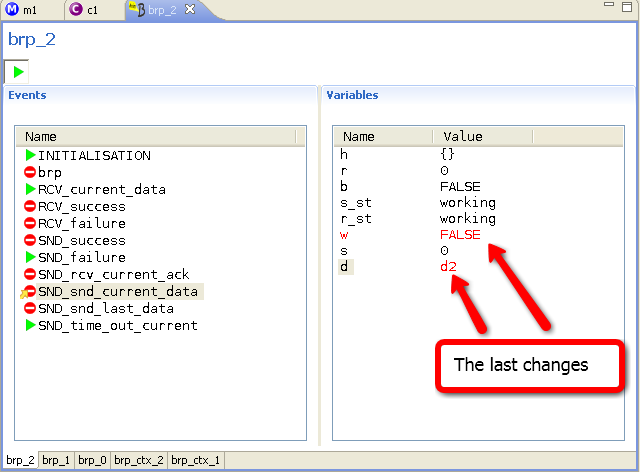 To execute an event:

The last executed event is described by a gold arrow: