In iUML-B, Class diagrams are used to define and visualize entity-relationship data models. They can be added to Event-B Machines and Event-B Contexts and visualize given sets , constants and variables. Diagram elements elaborate pre-existing user data in order to visualize it. The diagram defines type, sub-type and further constraint information for the data by generating invariants or axioms.

Classes, Attributes and Associations are all model elements that represent data. They can be linked to existing Event-B data elements: Variables, Constants or (for Classes only) Carrier Sets. This relationship is called Elaborates because the diagram element elaborates properties of the data item. Any data element within scope, locally within the same machine or context, or via sees and extends, can be elaborated. As a short cut, a button is provided to create a new data item and link to it in one step.

Class diagrams can be added to Machines or Contexts, but note that some features are not available when in a Context (e.g. only constants and sets are within scope to link to and methods cannot be used in classes).

Methods can be placed inside Classes and link (elaborate) one or more events in the containing Machine. This means that the elaborated events are given a paramter representing the class instance (similar to 'this' or 'self' in programming languages). When in variable classes (i.e. a class that elaborates a variable) methods may be constructors or destructors.

The main data elements of a class diagram are class, association and attribute. These elements all visualize Event-B data items (carrier sets, constants or variables) in the Event-B model. Only a class can visualize a carrier set. The class diagram also visualizes the relationships between these data items and generates constraints (invariants and axioms as appropriate) as follows.

Other Elements of a Class Diagram

For example when a class diagram is first drawn and has not been linked to data it looks like this:

Generating this diagram produces no output to the Event-B. The diagram elements must first be linked to data using the Link Data or Create & Link buttons in the properties sheet. The followng screenshot shows the association being linked to a variable b that already exists in the machine. 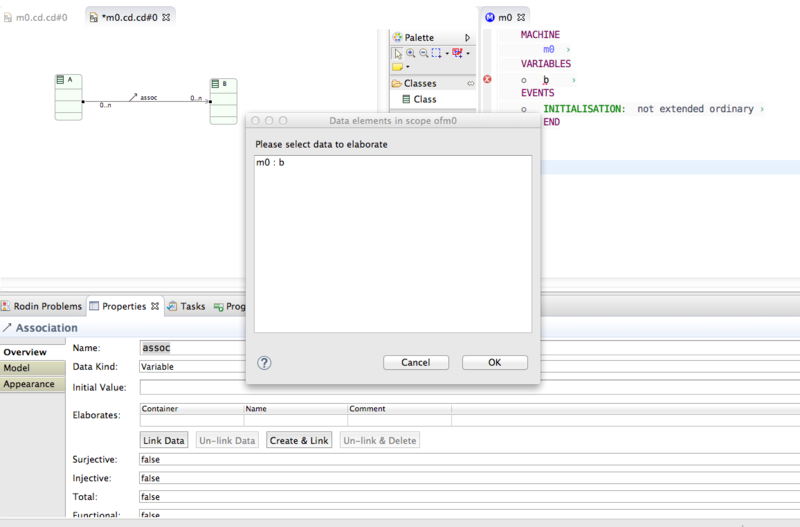 The following screenshot shows the class A being used to create and link to a carrier set in the seen context X0. Note that the carrier set is created in X0 immediately. It is not necessary to generate. 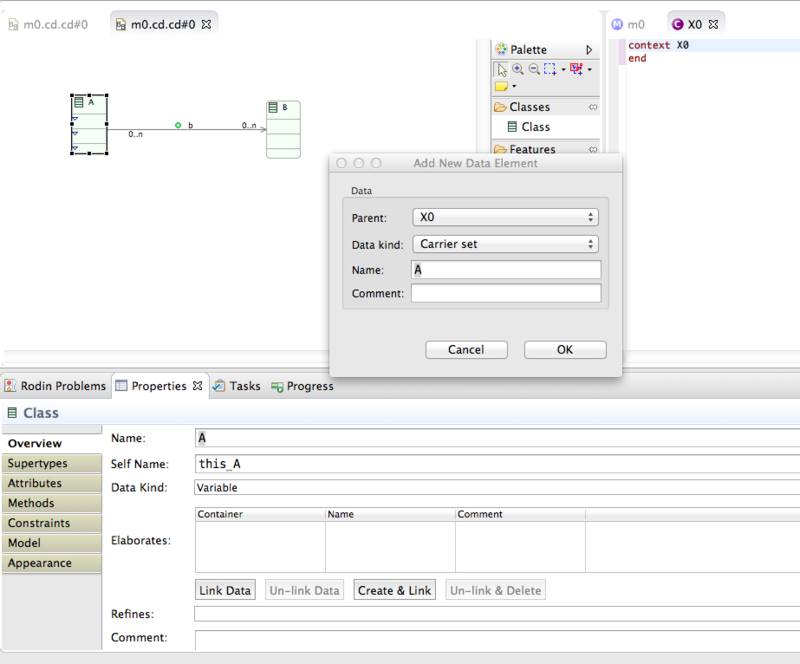 After linking these diagram elements they are automatically rendered differently including icons for variables (b) and sets (A). Generating at this stage introduces an invariant for the association variable b to say that it is a relation between A and B. Since B only exists in the diagram and is not yet linked to any data, this causes an error in the machine. However, note that the invariant is still generated using the class name, B. In fact we could replace the class name with any valid expression (e.g. NAT) representing a set of instances. 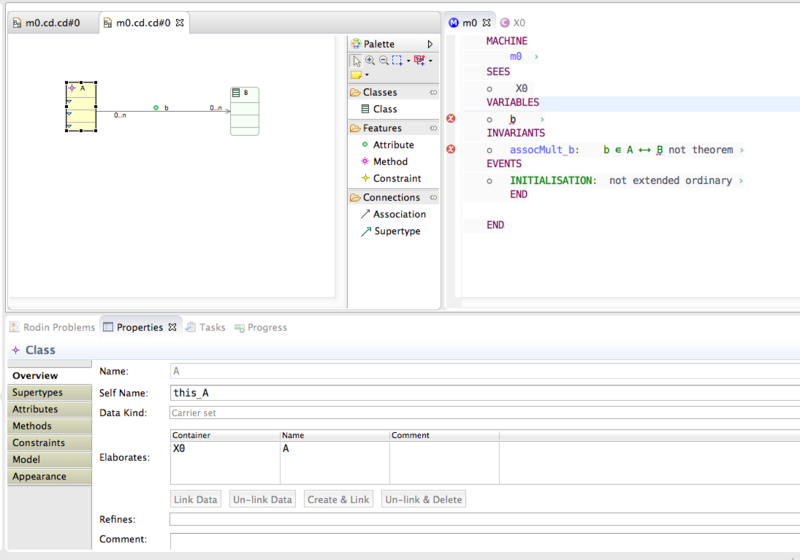 In the following screenshot, B has been linked to a constant in the context X0. The supertype relation from B to A generates the axiom, B ∈ ℙ(A). A method (with a parameter, guard and action) and an invariant have been added to class A and their translations are shown in the machine m0. 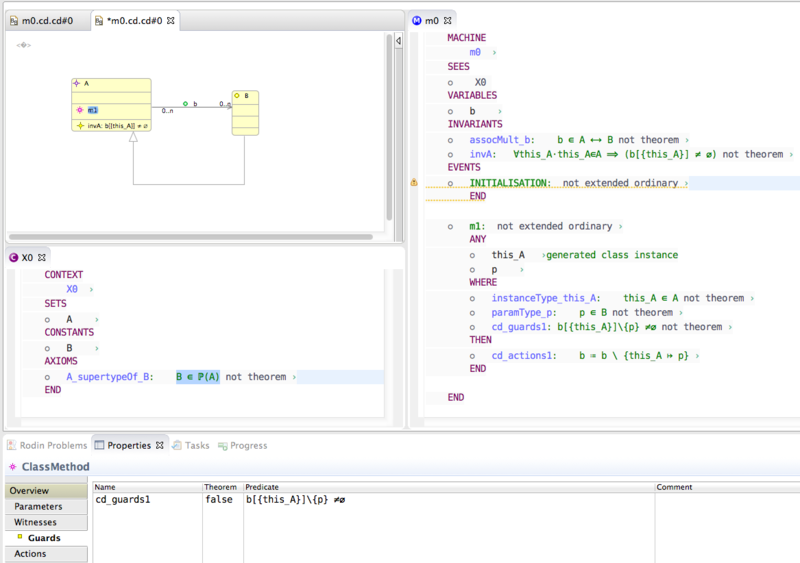