Various tools generate models (Decomposition, UML-B, ...). Editing a generated model is not recommended, as further model generations will simply override the modifications. Thus, generated models should not be modifiable by editors, and we need a way to tag these models and prevent editing. To that end, a new boolean attribute is defined: 'org.eventb.core.generated'. Tools can put this attribute on any internal element they generate; its presence is checked by editors so they can forbid editing tagged elements.

The semantics of the 'org.eventb.core.generated' attribute is defined as follows:

Thus, a given internal element is considered generated if any of the following holds:

Let's see what it looks like when opening a generated model. In the following example, the root element is tagged generated, so all internal elements are read-only: 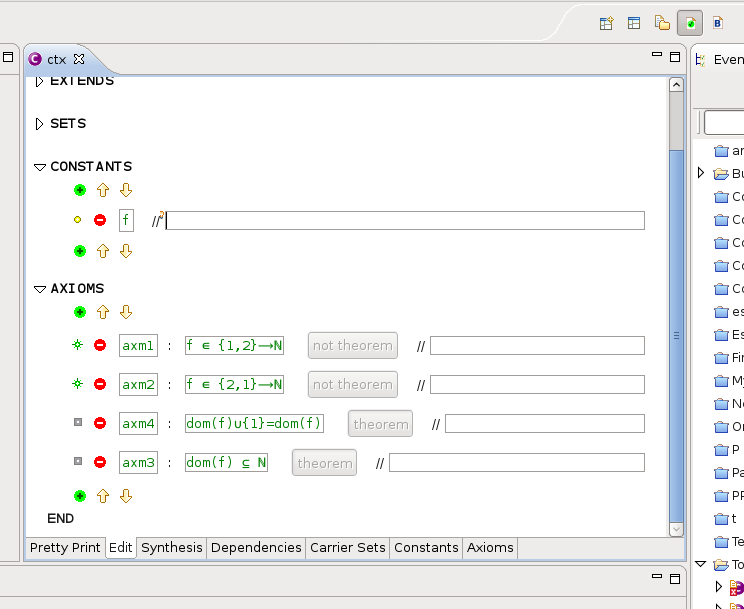 If we try to modify a text field or click a 'theorem' button, nothing happens. Attempts to add or remove elements fail with a popup message: 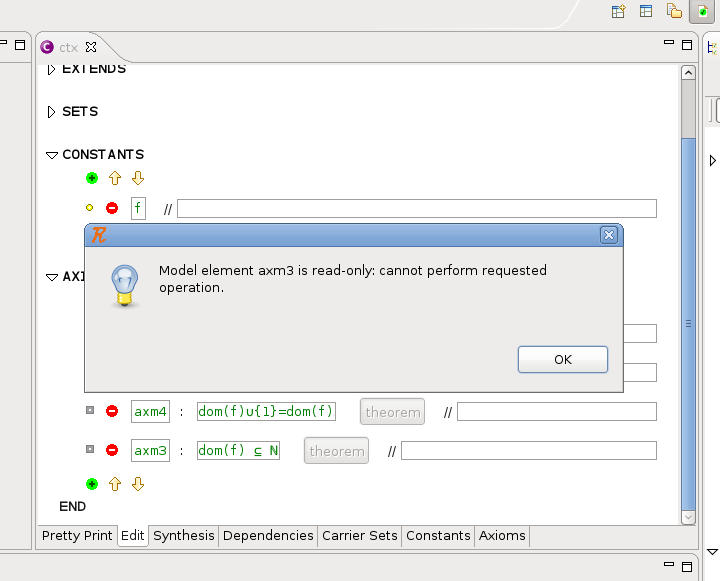 In the above example, we just clicked the remove button for 'axm3'.