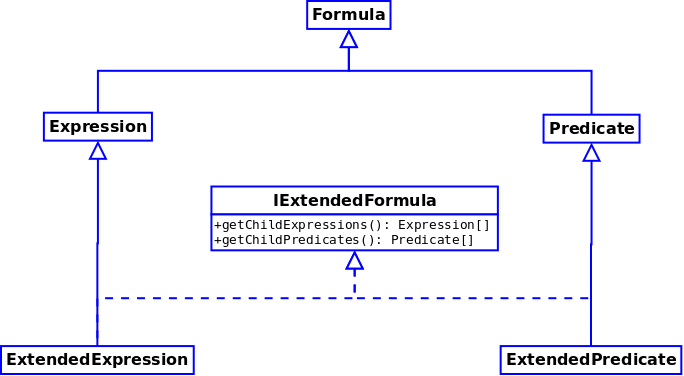 Operator properties are reified through the following interfaces and enumerated:

Likewise, the POG may run on

Theorems about extensions must be converted to additional inference rules.

an identifier of a existing group a new group id

As a first step we may restrict the choice to the above list. For all these kinds, all children are expressions.

compatibility:
in particular, if the id of the defined operator is included, it means it is compatible with itself

additionally, if a new group is defined, it shall be given

as a first step we may restrict children to all bear the same type, for instance

stands for the type of the i-th child.

as a first step we will only provide a pre-defined WD condition: 'children WD conjunction', so as long as it remains so, nothing needs to be input by the user concerning WD.

The static checker shall enforce verifications to detect the following situations:

it is just as when a reasoner version changes, proof status should be updated to show broken proofs

The mathematical extensions are visible to the whole workspace.

Operators "AND" and "OR" are infix associative commutative operators that take two arguments of type BOOL and has a value of type BOOL.

Operator "NOT" is a prefix parenthesized operator that takes one argument of type BOOL and has a value of type BOOL.

They can be defined in a theory as follows: 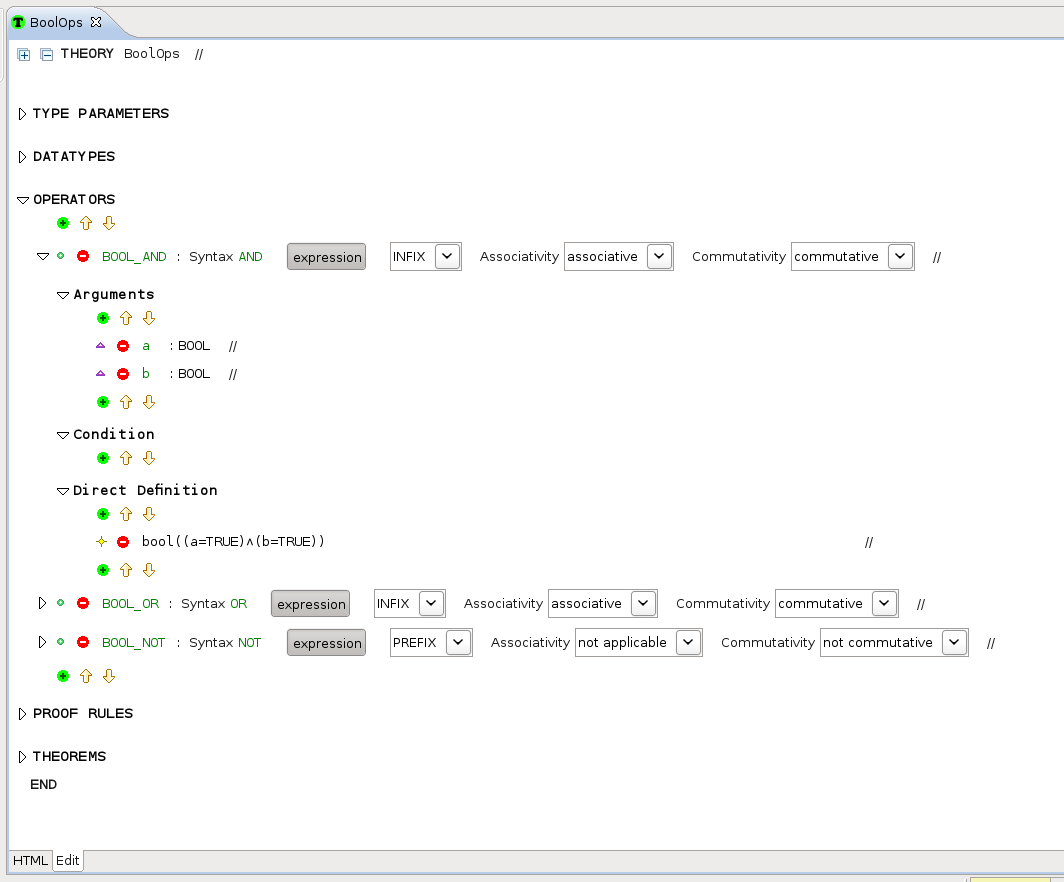 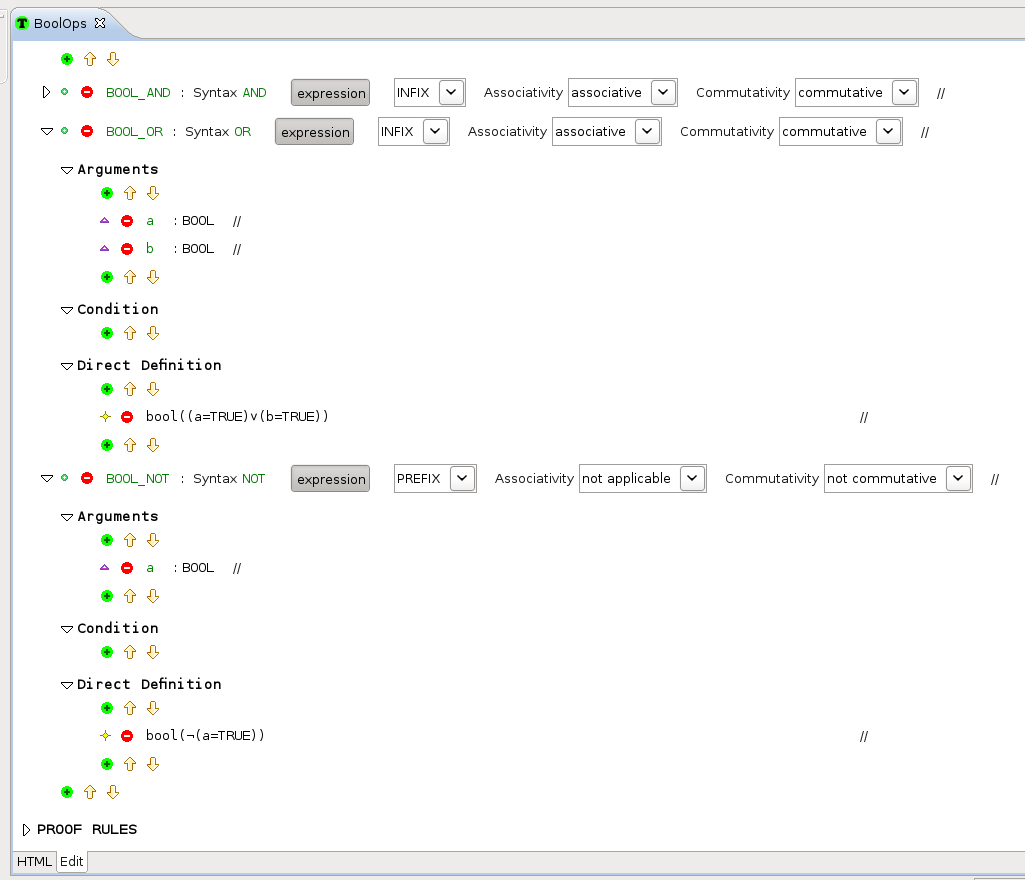 TODO: example of usage in a model