In this section, you find a set of standard theories and models using theories. Below is the presentation of the sequence theory (the description of this theory can be found in the user manual): 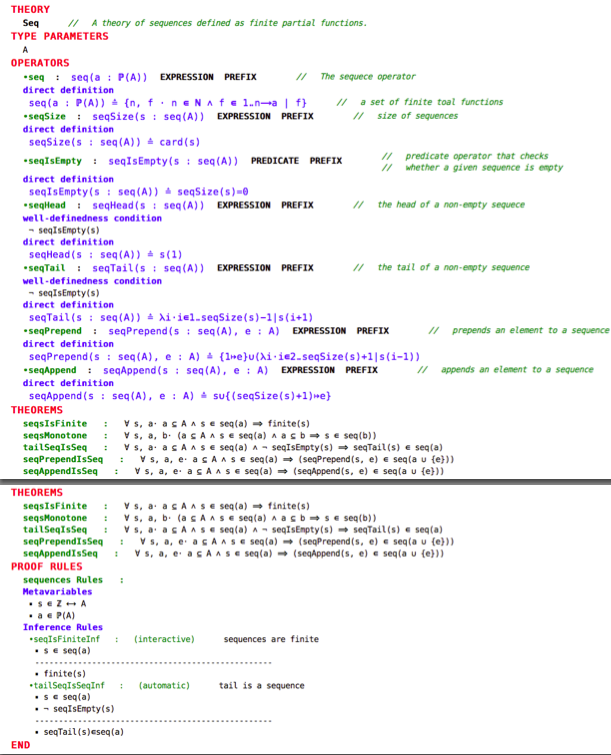