UML-B provides a 'UML-like' graphical front end for Event-B. It adds support for class-oriented and state machine modelling but also provides visualisation of existing Event-B modelling concepts. UML-B is similar to UML but is a new notation with its own meta-model. UML-B provides tool support, including drawing tools and a translator to generate Event-B models. The tools are closely integrated with the Event-B tools so that when a drawing is saved the translator automatically generates the corresponding Event-B model. 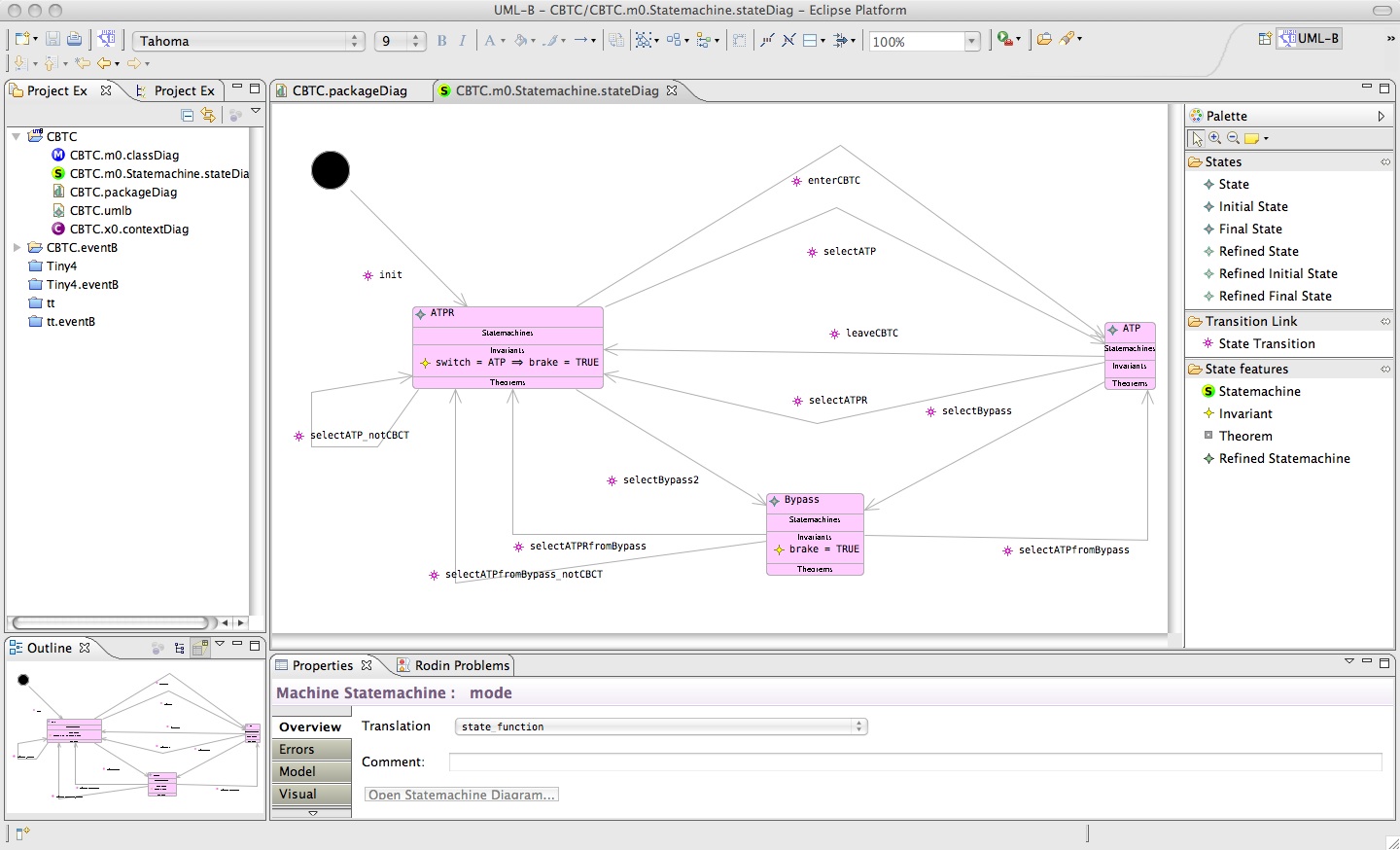 The Event-B verification tools (syntax checker and prover) then run automatically providing an immediate display of problems which are indicated on the relevant UML-B diagram element. However, many features of UML-B are a replication of corresponding Event-B features. For example, the project diagram in UML-B, uses the concepts of machines and contexts and their relationships (refines, sees and extends). 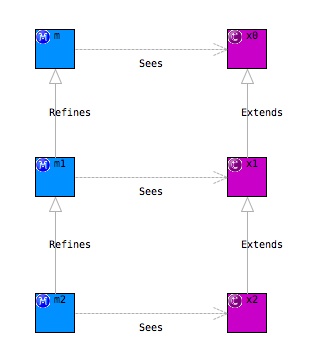 The project diagram would be just as applicable to an Event-B project that did not use any UML like modelling concepts. Similarly, while modelling in UML-B class diagrams, model elements are introduced to a machine that are directly equivalent to their Event-B counterparts. Greater integration would allow UML-B diagrams to be interspersed with Event-B model elements in a flexible mixed modelling interface. This has not been possible due to the differing underlying technologies used for Event-B (bespoke data repository) and UML-B (Eclipse Modelling Framework (EMF)). "The EMF project is a modeling framework and code generation facility for building tools and other applications based on a structured data model". [1]

The integration between UML-B and Event-B will be improved by introducing an EMF framework for Event-B. This will allow UML-B to be re-implemented as an extension to Event-B. Work has begun on this framework and resulting integrated tools will become available during 2009.

Improvements to the existing version of UML-B

While this new UML-B is being developed, improvements to the existing version of UML-B are ongoing. A new release of UML-B (0.5.x) contains significant improvements, most notably the addition of support for refinement of state machines. New features include: